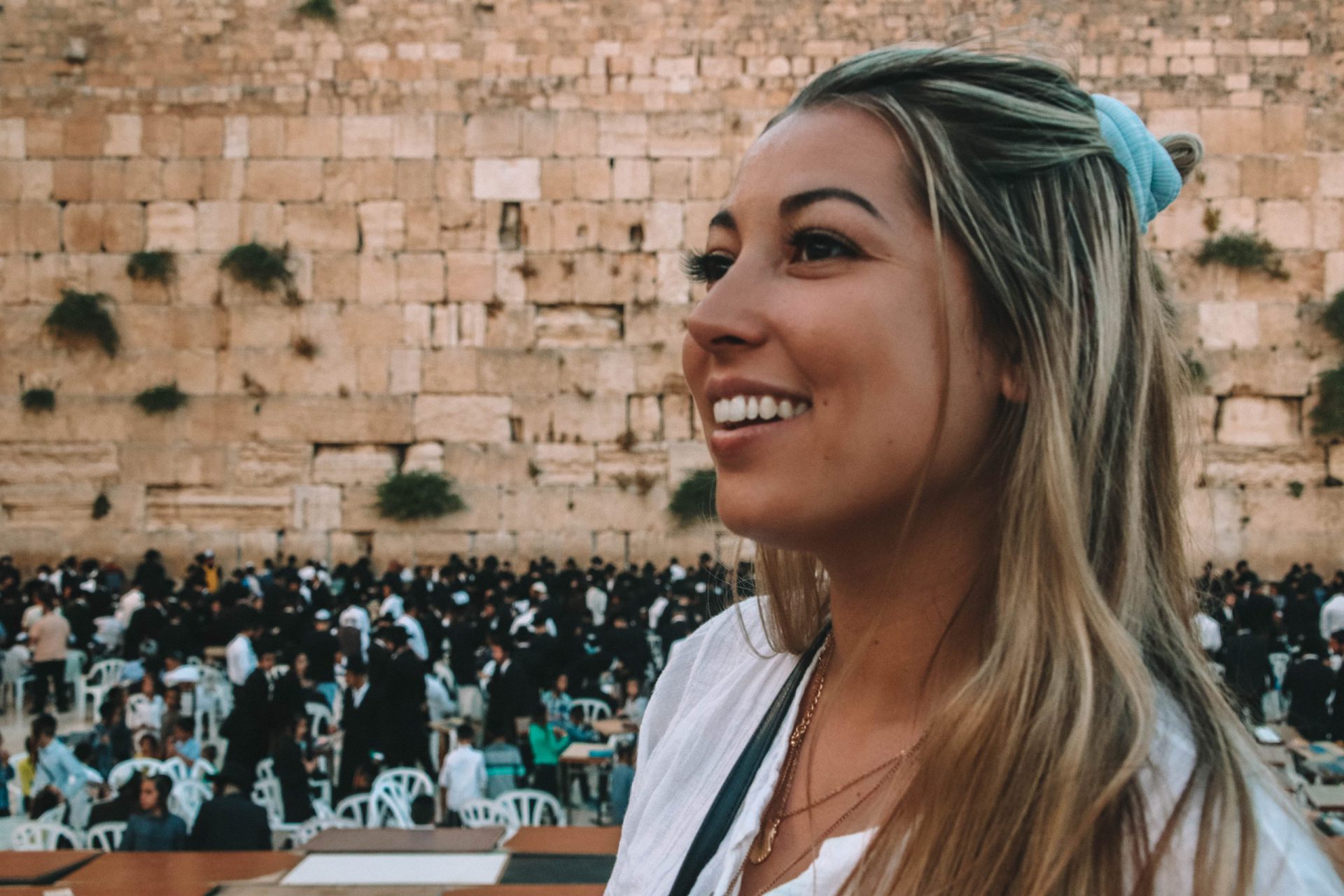 Things to do in Jerusalem: Attractions

Written by Romy
Share this article
FacebookTwitterWhatsAppPinterestEmailReddit
Tags
Things to do
Home » Middle East » Israel » Jerusalem » Things to do in Jerusalem: Attractions

Jerusalem is the largest city in Israel, one of the oldest inhabited cities in the world and is located in the much-discussed region of Palestine. The city is seen by both the Israelis and the Palestinians as their capital. Both Judaism and Christianity originated here, and the city is also a sacred place for Muslims. A very special destination indeed!

We stayed two nights in Jerusalem and slept in the Yafo 35 Apartments, an accommodation located on Yafo Street. If we had had a little more time, we would’ve liked to stay an extra day in Jerusalem.

In this article you will find an overview of the attractions we visited and which you should definitely visit when visiting Jerusalem.

Tip: Try to visit Jerusalem on at least one day other than Saturday, because Saturday is the Sabbath. The Shabbat is the weekly rest day in Judaism and lasts about 25 hours, from Friday evening sunset until Saturday evening, when three medium-sized stars can be seen in the sky. All Jewish places of interest, shops and restaurants are closed during the Shabbat and there is no public transportation.

The Old City and the Souk

The Old City is the walled, old center of Jerusalem and is located in East Jerusalem. You will find important sights for Jews, Christians and Muslims alike, such as the West Wall, the Church of the Holy Sepulcher, the Al-Aqsa mosque and the Dome of the Rock. You can wander around here for hours be amazed by the splendor. Go shopping in the huge souk or have something to eat and drink in one of the many restaurants.

The Western Wall, also called Wailing Wall (in Hebrew Hakotel Hama’Aravi, or Kotel for short), is a part of the wall that supports the plateau, on which the Dome of the Rock and the Al-Aqsa mosque are. This part of the wall is the western wall of the second Jewish temple that was standing on the Temple Mount. This temple was destroyed in the year 70 AD. The Western Wall is the only visible remnant of the temple.

The names Western Wall can be explained logically, but then why is this wall called the “Wailing Wall”? This name was invented by non-Jewish people, because Jewish people stood in front of the wall mourning about the destruction of the temple.

The Western Wall can be visited free of charge and is open 24 hours a day, 365 days a year.

The Chruch of Holy Sepulcher is a Christian church located in the Old City of Jerusalem. The church was built in the 12th century in early Gothic style and is an important visiting place for pilgrims. It is believed that this church was built on the spot where Jesus was crucified, buried and resurrected. Hence the name Holy Sepulcher.

Inside the church is the chapel with Jesus’ grave. If you want to visit this chapel, keep in mind that there is quite a queue. When entering the church, you’ll find the ‘Stone of the Anointing’, a red stone on which the body of Jesus is said to have been embalmed. Sometimes there are dozens of people around this stone, who take newly bought products out of the packaging and rub them over the stone. Very unusual to experience.

The Church of Holy Sepulcher can be visited for free.

The Mount of Olives

The Mount of Olives is a ridge located east of Jerusalem, just outside the Old City and is 827 meters high. The mountain owes its name to the fact that there used to be many olive trees. Nowadays these are almost none left. You will find about 150.000 graves on the mountain, because in the Bible book Zechariah is it mentioned that the Mount of Olives is the place from where God will awaken all the deceased at the end of time. This makes it a popular (and very expensive) cemetery for Jews.

Temple Mount, Dome of the Rock and the Al-Aqsa Mosque

Jaffa Street is one of the longest and oldest streets in Jerusalem. This street runs from the east to the west of the city. Along Jaffa Street you’ll find several restaurants, shops and souvenir shops. The apartment Yafo 35, where we stayed, is located on this street. You are within 15 minutes walking distance from the Old City and there are plenty of restaurants in the neighborhood where you can eat or drink something in the evening. The area is car-free, which makes for pleasant strolling. Occasionally a tram passes by. 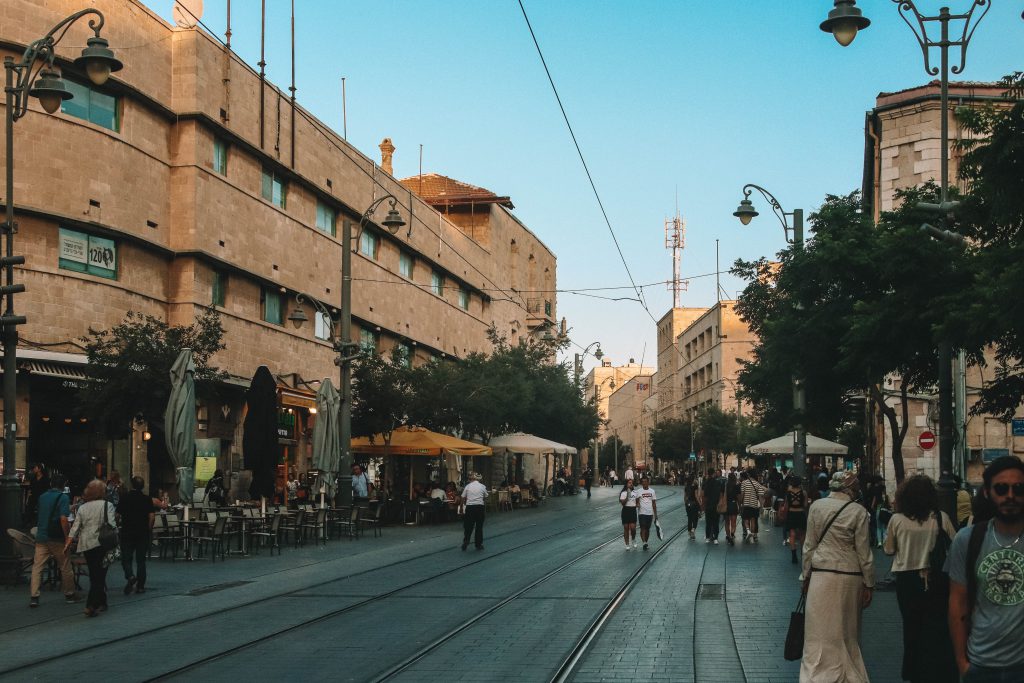 The City Hall at Safra Square

Jerusalem City Hall is located on Safra Square, a square on Jaffa Street, on the border of East and West Jerusalem. The square is named after Jacob and Esther Safra, parents of the Lebanese Jewish philanthropist Edmond J. Safra. The new town hall is built next to the old town hall between the Old City and the Russian church. In 1950, the Israeli city council decided to build a new city hall. In 1988 the construction started and in 1993 the new city hall was opened.

Alrov Mamilla Avenue, also known as the Mamilla Mall, is a shopping street in Jerusalem. It is the city’s only open-air shopping center and is located near the Old Town. You’ll find about 140 shops, both the luxury stores and the well-known brands like Zara, Topshop and Tommy Hilfiger. Do you like shopping? Then you’ll have fun walking down this street! Besides shops there are also several restaurants with a terrace with a view over the Old City. 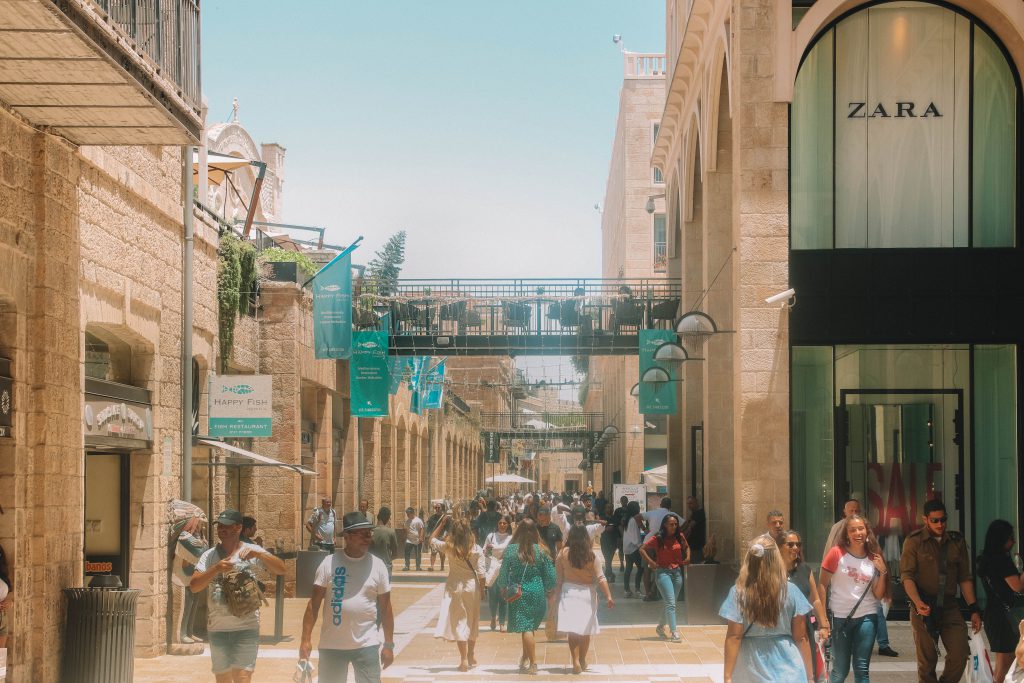 Visiting Bethlehem or Jericho in Palestine

I’m sure you’ve read a lot about Palestine by now. Are you curious about what life in Palestine looks like? A visit to the Palestinian cities of Bethlehem or Jericho should is not to be missed.

Because we didn’t have that much time in Jerusalem, we chose a half day trip with a guide and transport to Bethlehem, the birthplace of Jesus Christ. We visited the Shepherds fields, the Church of the Nativity, the Milk Grotto, the Israeli West Bank Barrier (Checkpoint 301), several works of art by Banksy and The Walled Off Hotel. We paid approximately $ 50,- per person. Do you have more time? You can also take the bus to Palestine. Don’t forget your passport, because you will cross the border!

Tip: Read here more about a trip to Bethlehem from Jerusalem. 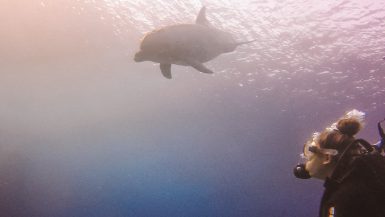 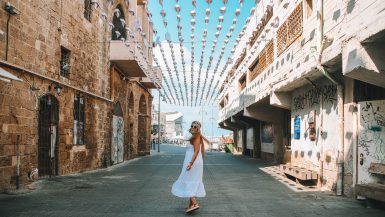 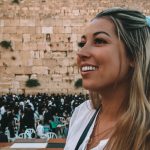 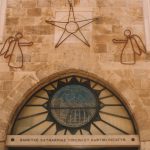 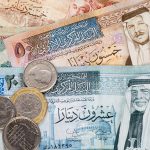 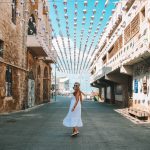 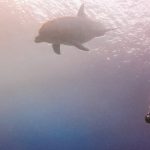