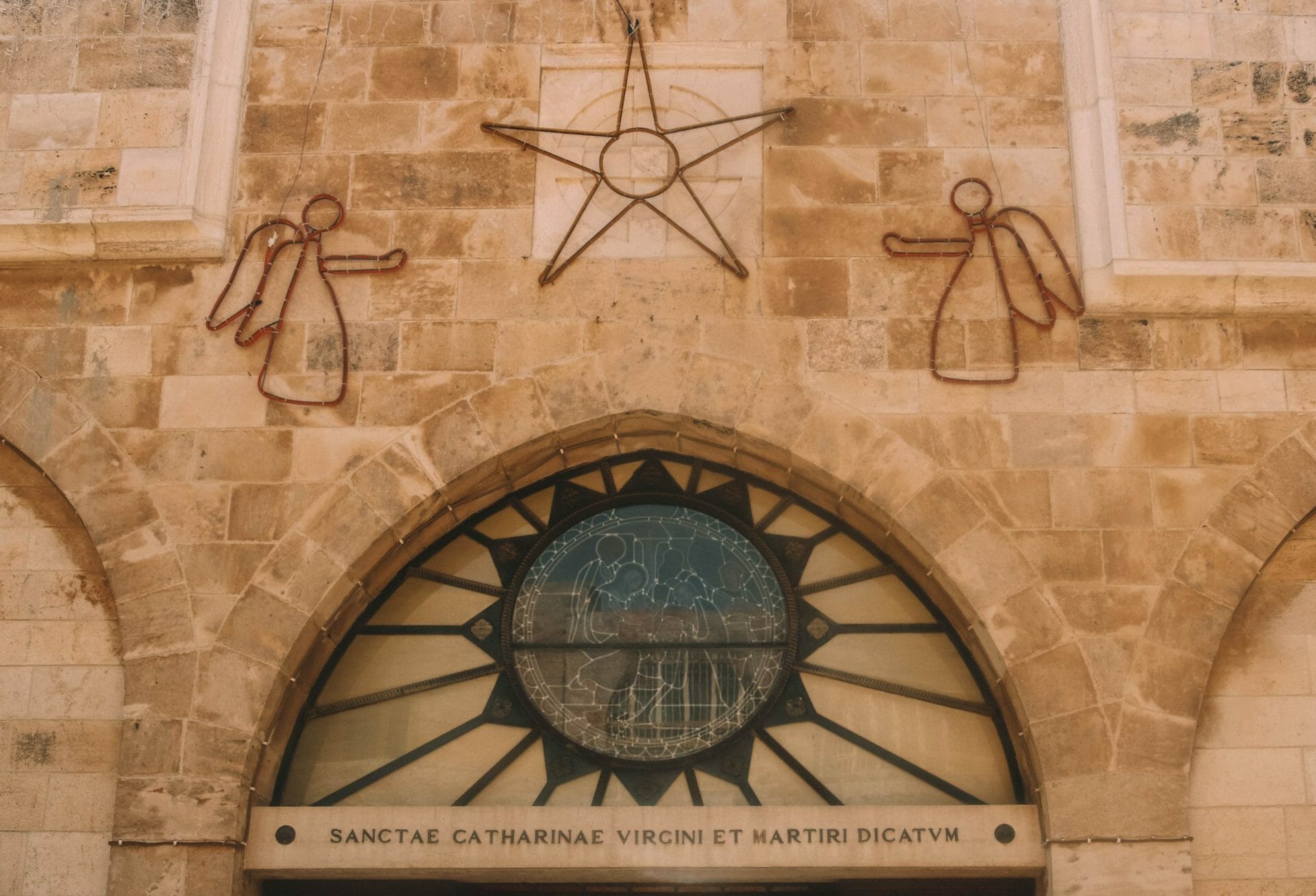 Palestine is an independent state divided into two regions, the West Bank and the Gaza Strip. The West Bank is located east of Israel, west of Jordan and for a large part on the Dead Sea. The Gaza Strip borders Israel to the south and east and Egypt to the southwest. It is a much-discussed region and it is advised not to travel there. West Bank, on the other hand, can be visited! It is the location of the city of Bethlehem, the birthplace of Jesus Christ, and Jericho, the oldest populated city in the world.

Are you curious about what life in Palestine looks like? A trip to Bethlehem or Jericho is not to be missed! In this article you will find more information about a (half) day trip to Bethlehem.

We didn’t have that much time and decided to visit Bethlehem with a guide. This allowed us to visit the most important attractions, without having to do much research. We got information about each attraction, which makes it even more fun and educational!

We opted for a half-day trip via Elijah Tours & Travel. It was Shabbat, so that suited us perfectly! You can book the tour via their website, up to one day in advance, or contact them by phone. The company offers the half-day trip for $ 50,- per person, making it one of the cheapest providers in Jerusalem.

We were expected at 07:45 in the morning in front of the David Citadel Hotel in Jerusalem. There was a small van waiting for us there. The small van was a big plus for us. Instead of a large group in a big coach, we were only 14 people.

Tip: Would you rather visit Bethlehem on your own? You certainly can! There’s a public bus from Jerusalem to Bethlehem city center. This ride takes about one hour. Look on Google Maps for more information or inquire at your hotel.

During the tour we visited the most important attractions of Bethlehem. Obviously, there was a stop at a souvenir shop, where they try to sell you all kinds of things, but don’t feel obliged to buy anything here!

Despite the fact that Palestine is a much-discussed region, we never felt unsafe there.

The Flower Thrower by Banksy

The first stop was at a gas station in Beit Sahour. One of Banksy’s most famous works of art can be found on the wall of this gas station: The Flower Thrower. The Flower Thrower is a man with a bandana in front of his mouth and his cap backwards, which looks like he’s about to throw a stone. Instead of throwing a stone, he throws a bunch of flowers. A very special work of art, in which Banksy pleads for peace instead of war.

Shepherd’s Field is the field where the shepherds were told by the angels that Jesus was born. It is one of the holy places of Christians. There are two chapels, a Roman Catholic and a Greek Orthodox one. The Roman Catholic chapel is an underground chapel that ought to resemble the shepherd’s cave and the Greek Orthodox chapel is a church built on top of a cave in the 5th century.

The caves in which the shepherds watched over their flock are still there and can be seen from the inside. Inside the caves there are several rooms, which served as bedrooms and living room. Our guide led us through a narrow, low corridor in the cave.

Another work of art by Banksy: The Armored Dove of Piece. This work of art is a political message, in which Banksy criticizes everyone who is part of the Palestinian-Israeli conflict. The artwork is painted on a part of the wall that separates Palestine and Israel. Banksy depicts a white dove with its wings open and an olive branch in its beak, which normally symbolizes peace. However, this pigeon wears a bulletproof vest and has a rose painted on his chest. 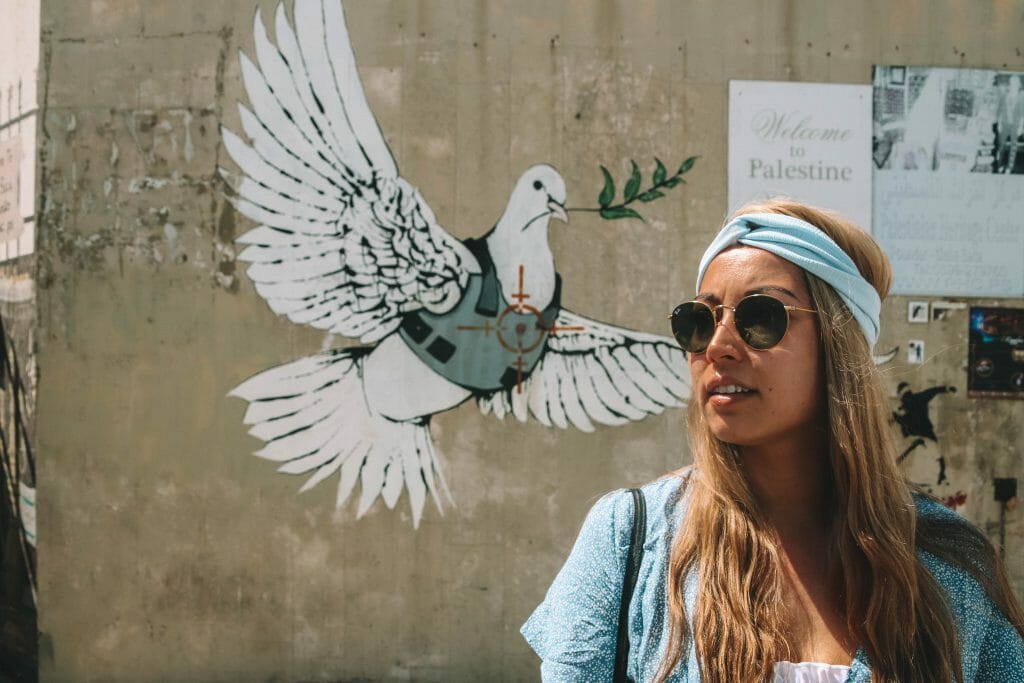 In 2017, artist Banksy opened a hotel in Bethlehem, The Walled Off Hotel. According to the artist, the hotel has the worst view in the whole world. The rooms offer a view of the wall that separates Israel from Palestine. The inside of the hotel is beautiful, and you will find numerous works of art by the artist.

The hotel also has a gallery where you can buy Palestinian art and a museum that shows the history of Palestine.

The Israeli West Bank barrier, also known as the Israeli Wall, is a 10-meter high wall stretching for about 760 kilometers that separates Israel from Palestine. The wall was erected by Israel to protect Israeli cities from terrorists resisting the Israeli occupation of the West Bank. There are many protests against the wall, which sometimes runs straight through Palestinian villages. The protests are expressed in a creative way, through graffiti and murals.

The historic Bethlehem town is beautiful! Walk through the winding streets with houses with turquoise doors and fantastic decorations. This traditional architecture dates back to the Ottoman period, which lasted from 1517-1918. The old town of Bethlehem is located in the center and consists of seven districts, laid out in mosaic style around the manger square. Six of these districts are Christian and one is Muslim. A total of about 5,000 inhabitants live in the old city.

The Church of the Nativity was opened in the year 333 AD. The cave below the church contains the place where Jesus was said to have been born and at this exact spot, a silver, fourteen-pointed star is depicted. This cave is also called the Grotto. The Grotto is located under the main altar and is part of a network of caves accessible from the adjacent church of St. Catherine.

We only visited the caves via St. Catherine because there was a 3-hour queue in front of the Grotto. The church has a Greek Orthodox section and a Roman Catholic section, which can be easily distinguished from each other by the layout. The Church of the Nativity, together with the Pilgrim’s Route of Bethlehem, is on the UNESCO World Heritage List.

The Birth Church can be visited free of charge.

The Chapel of the Milk Grotto, also called the Chapel of the Milk Cave or Cave of Our Lady, is a Catholic chapel in Bethlehem. According to the Christian story, this is where the holy family fled to during the massacre of the innocent before fleeing to Egypt. The Milk Grotto dates from 1872 and adjacent to it is the convent of the Sisters of Eternal Adoration of the Most Blessed Sacrament. During your visit you may encounter nuns.

The Milk Grotto is free of charge and is open daily.

After visiting the sights above we were brought back to Jerusalem. Part of the group went on to the Dead Sea or Jericho. The trip to Bethlehem is definitely a must! It is a much talked about destination and there is a lot to see. Despite the fact that we found it quite exciting to go to Palestine beforehand, we didn’t feel unsafe for a moment. We didn’t even notice anything at the border crossing and our bus didn’t have to stop for a passport check.

The tour operator Elijah Tours & Travel is highly recommended. They offer a nice trip with a good guide for a low price. They show you the most beautiful places of Bethlehem and they tell you about them in a fun way. 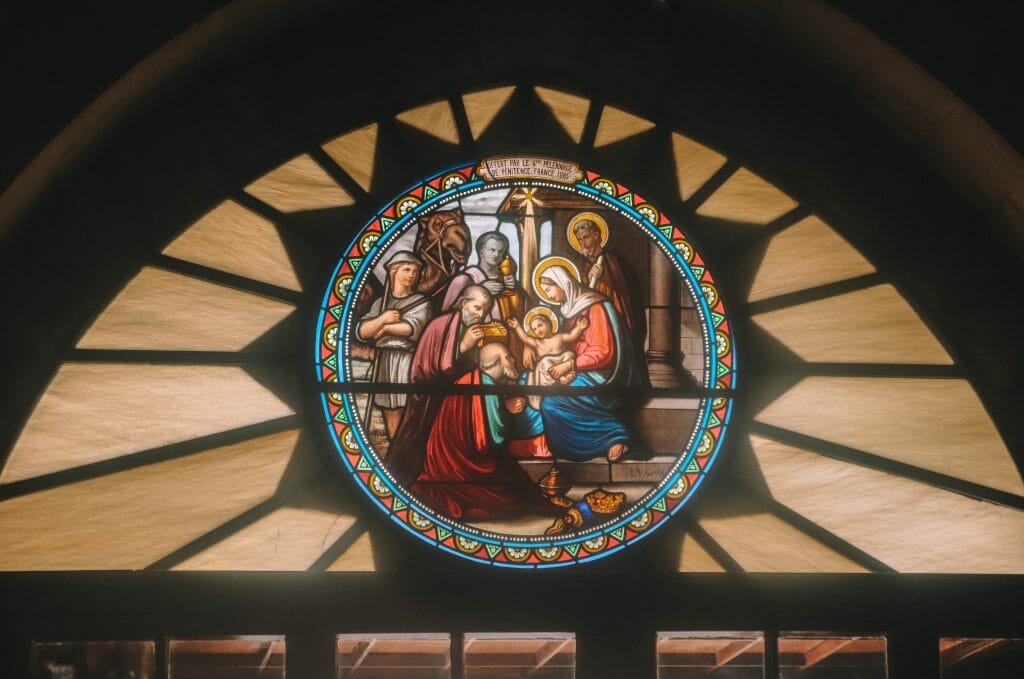 Tip: Read more about other attractions and activities in Jerusalem 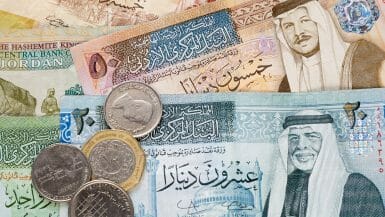 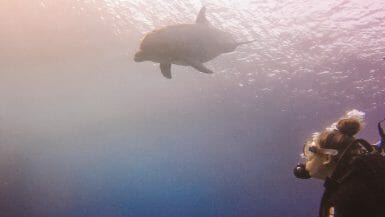 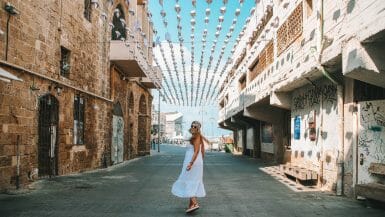 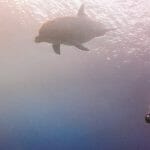 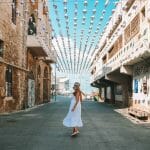 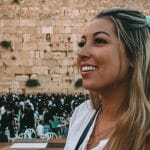 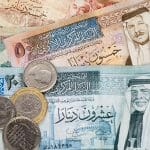 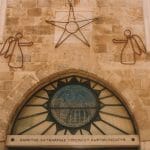