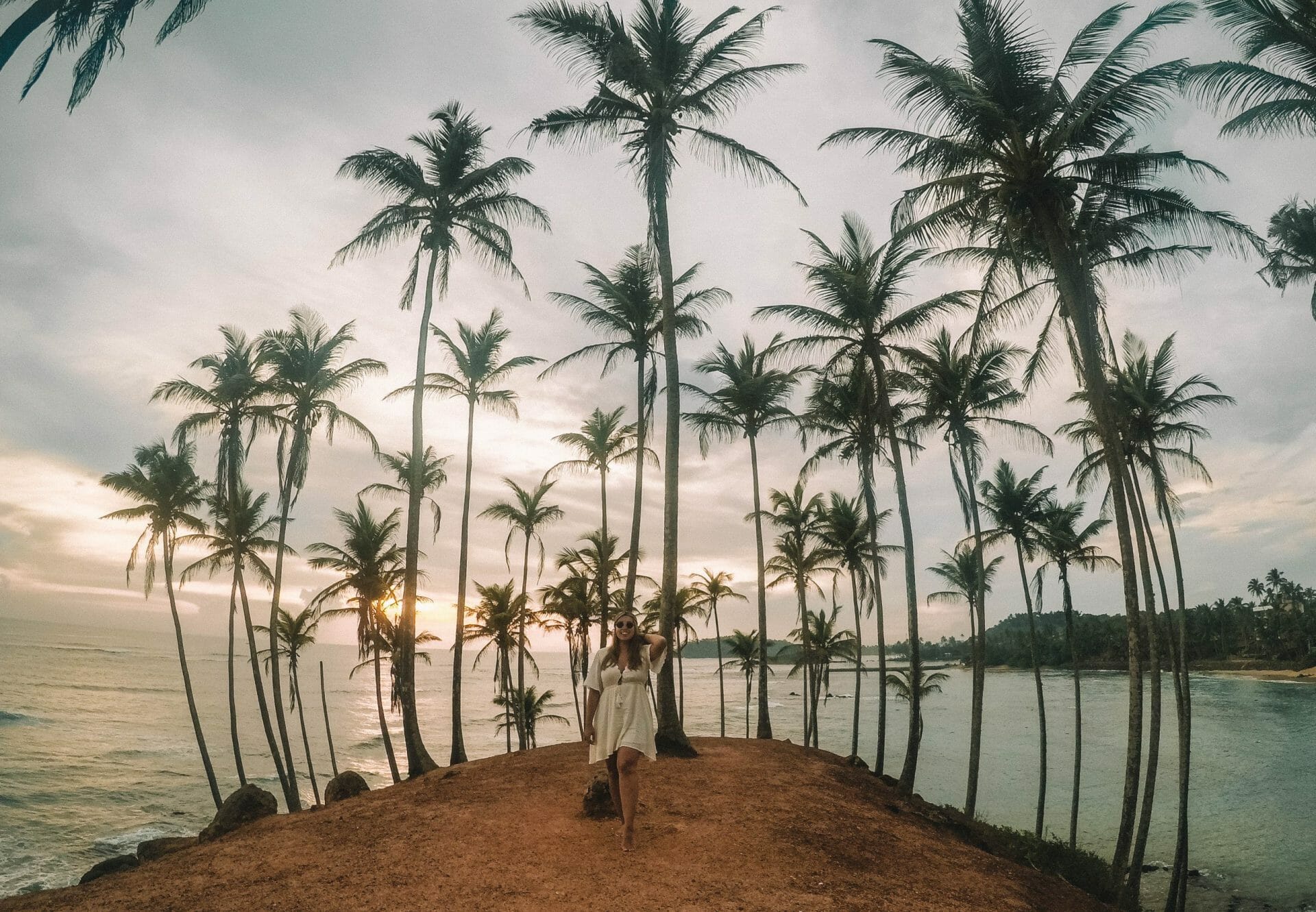 Things to do in Mirissa: Attractions

Written by Romy
Share this article
FacebookTwitterWhatsAppPinterestEmailReddit
Tags
Things to do
Home » Asia » Sri Lanka » Mirissa » Things to do in Mirissa: Attractions

Mirissa is a small town on the south coast of Sri Lanka, about 40 kilometers from Unawatuna. The journey takes about 50 minutes with a tuktuk. The beaches and whale watching make Mirissa a popular tourist destination. Whale watching was the reason we visited in the first place, even though we’d read some negative stories about it.

We stayed two nights in the Banana Garden, one of the most wonderful accommodations we stayed at during our round trip through Sri Lanka. We think two nights in Mirissa was enough. Below you can read more information about the whale tour and other attractions you can visit.

If you want to spot whales, you’ve come to the right place. Although we really wanted this, the negative reviews online left some doubts. There are organizations that hunt whales and get too close to the animals, which is definitely not the way to go! In the end we decided to go anyway, because there were a few companies with a lot of good reviews. We chose Raja & the Whales. This organization was the first to offer whale tours in the area and doesn’t use sonar. The crew members used to be fishermen and can tell you a lot about the sea. Besides, they are constantly searching for whales and they are very skilled at it. The boats of other organizations use sonar, or just follow other boats. They don’t take the whales into consideration. These boats are often overcrowded. On the other hand, Raja & the Whales was considerably more expensive than the other organizations.

The crew members were very nice, but also very honest. They told us that they hadn’t seen any whales the last couple of days and that this could also be the case during our trip. If this happened, they’d refund us half of the money.

We were very lucky that day! Our boat left Mirissa harbor at 07:00 in the morning and was back around 12:30, because we spotted a whale. If it takes longer to spot a whale, you might return around 15:00. We saw a huge Bryce whale a couple of times. Very cool and very impressive! As soon as everyone had taken some pictures, they let the animal swim on and sailed in a different direction. Our boat crew had spotted the whale first and as soon as they saw the other boats coming our way, they sailed away again. That way the whale was not surrounded by too many boats.

Because Raja & the Whales treats the whales responsibly, the prices for the whale tour is higher. We paid 6,000 rupee per person. This includes food and drinks. If you would like to book a whale tour, I recommend this organization. There are also organizations that charge only 3,000 rupee, but not all of these organizations work responsibly.

From the port of Mirissa it is about a 20 minute walk to Secret Beach. You’ll find signs along the road that will show you the way. It’s quite a stretch and the road is sometimes very bad. If you don’t feel like it, you can also take a tuktuk.

The beach is small, but very nice. The water is clear and the beach is surrounded by huge palm trees. There’s a small bar on the beach where you can get something to eat and drink. They also have sunbeds. We visited Sri Lanka in the low season, which meant we had the beach for ourselves. A lovely place to chill out!

Are you looking for a photogenic place for an Instagram photo? In that case you have to go to Coconut Tree Hill (also known as Palm Tree Hill)! As the name suggests, Coconut Tree Hill is a hill full of huge palms. The spot is easy to find and is also indicated on Google Maps. Below the hill is a small beach bar where you can have a drink after visiting the hill.

Tip: Take your snorkel with you! The water in front of the beach bar is full of large turtles. You can also admire them from your seat, as they regularly pop their heads out of the water.

Mirissa Beach is the popular beach of Mirissa. It isn’t the most beautiful beach, but it’s great to spend a few hours and eat or drink something at one of the beach bars. On the far end of Mirissa Beach you’ll find the Parrot Rock, a small peninsula with a beautiful view over the beach and the sea. You can visit this island when the tide is low, allowing you to keep your clothes dry!

Visit the pole fishermen in Koggala

You probably know the pole fishermen from the pictures. There are poles in the sea all along the coastline. Maybe you’ve wondered why they’re there. In the old days, they were used by pole fishermen to fish. Nowadays it’s mostly fake. The fishermen pose, for a fee, for the tourists and earn their living this way. The more you pay, the more men climb one of the poles for you. Even though they’re not really fishing and they don’t even have fishing line on their ‘rod’, it’s nice to see them and take a picture. Relatively expensive, but a picture still only costs a couple of bucks.

Do you want to take pictures of the pole fishermen yourself? They can be found between Unawatuna and Mirissa, in Koggala. There are pole fishermen in several locations. Ask your tuktuk driver to take you to the place where you can find pole fishermen.

Kogalla can be easily reached with a tuk tuk from both Unawatuna and Mirissa. 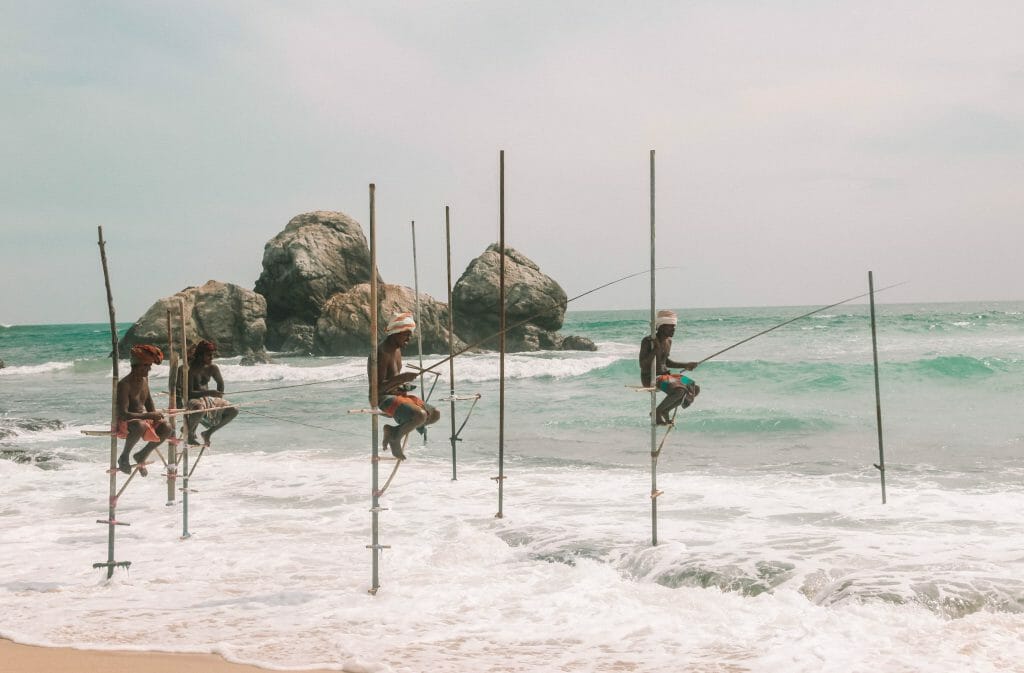 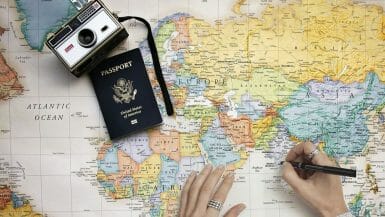 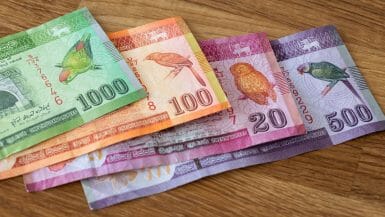 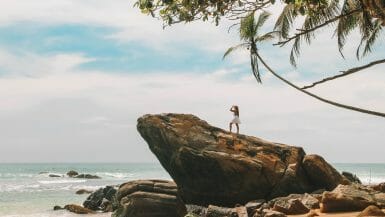 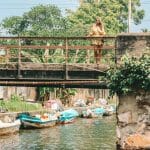 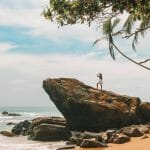 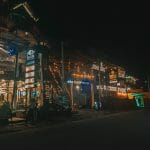 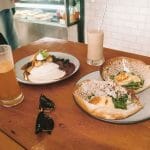 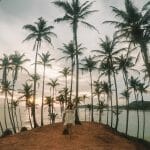 Things to do in Mirissa: Attractions
1st April 2020 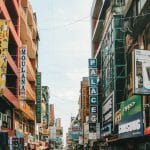 Things to do in Colombo: Attractions
24th June 2020 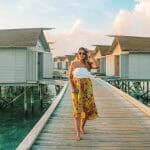